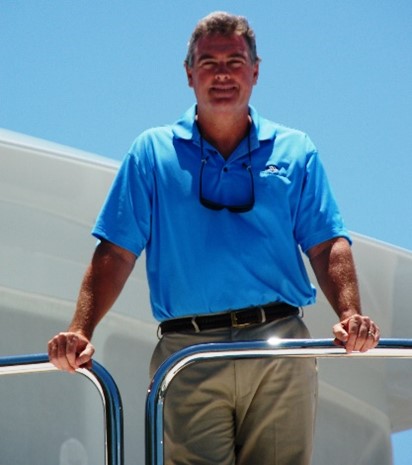 Call Jim   Text Jim   Email Jim Back to Our Team

Jim McConville was raised in small town in the Midwest. Boating was a part of his everyday life during the summers. After college he moved to south Florida to begin what has tuned into a successful career in the yacht business. He started selling offshore race boats in 1985, then realizing that many of his customers were buying larger boats and always wanting to satisfy his clients, he moved right up with them making the transition to yacht sales.

In 1988, Jim joined Allied Marine and has consistently been named brokerage “Salesman of the Year” for majority of those years and continues to strive for the utmost in client satisfaction and receive top sales awards. Jim also holds the record for the two largest and most expensive Yachts ever sold by Allied Marine in their 74 years of business, the largest being a 205’ at over 50 million dollars. Jim also holds the record for sales over 100’, at last count it was 42 vessels.

Jim’s vast knowledge of the yachting industry, market values, his honesty, loyalty to the customer, follow up after the sale and most of all the love of the business makes his customers follow him to the next sale. One of his cusomters has involved Jim in over 13 boat sales in the last thirty-seven years and he has represented another in over 90 million dollars worth of yachts. Over the past three years 85% of Jim’s sales have been to repeat clients and referrals.

Jim is one of the few brokers throughout the world to have sold over 600 million dollars in boats. His knowledge of boats, their market value, their systems, quality of construction, extensive marketing of his listings and the ability to find his clients the best values are what sets him apart.

When it comes to experience on the water, Jim has been very fortunate to spend time on yachts in the Bahamas, Carribean, the east coast from Key West to Maine and the most exciting of all, the Mediterranean. Jim and his son reside in Ft. Lauderdale where they enjoy boating aboard their 75’ Hatteras and 34’ Intrepid.